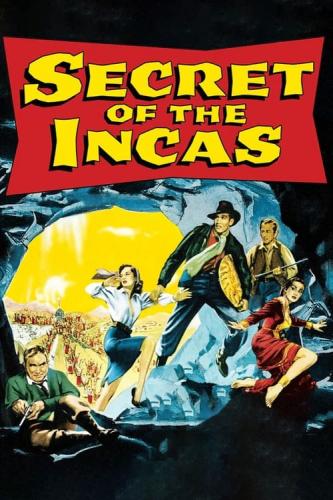 Secret of the Incas

Title: Secret of the Incas (1954)
Genres: Action, Adventure
Description: An Inca legend says the Inca Empire was destroyed by the gods when a gold and jeweled star burst was stolen from the Temple of the Sun centuries ago, and the ancient civilization will spring anew when the treasure is returned. The natives want it but so does Harry Steele, an American adventurer of slightly-shady ways who wants it for personal gain, as does his adversary, a grizzled old man even more into skulduggery than Steele. The latter teams up with Elena Antonescu, an Iron Curtain refugee fleeing from the MKVD. She can help him get a plane and he can help her escape Peru for the relative safety of Mexico.Is there a chance they will end up in a bickering love-hate relationship?… Is there a chance an American archaeologist, Dr. Stanley Moorehead, will come along as one corner of a romantic triangle?… Is there a chance that Yma Sumac (billed third on the posters and ads and special billed in the film), who can’t act but can sing, will sing a few songs?… Is there a chance that these trite-sounding questions will develop into a film that is far from trite and vastly entertaining? Dang right, there is. Check it out.
Actors: Charlton Heston, Robert Young, Nicole Maurey
Writer: Ranald MacDougall, Sydney Boehm, Boehm Maximum
Director: Jerry Hopper
Rating: 6.0
Rated: Approved
Languages: English, Quechua, Romanian, Spanish 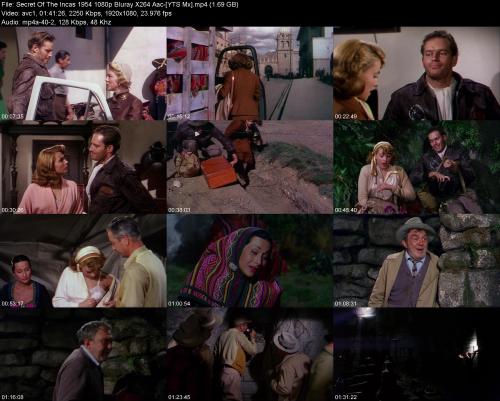